How Lean and C.I. Help You Get More Nimble and Adaptive in a Pandemic (and Beyond)

In this webinar, co-sponsored by KaiNexus and Lean Frontiers, you’ll hear an esteemed panel talk about how Lean and continuous improvement mindsets have served some healthcare organizations well during the pandemic. Learn how one such organization is “better because of the pandemic and continues to get better.” You’ll hear about organizations that have made a deeper commitment to their employees during these challenging times through no layoff / no furlough commitments.

We’ll talk about that and we’ll answer live questions from the audience. Even though the panel consists of healthcare leaders, we know the lessons and ideas will be applicable to any sort of organization. So, we hope you can join us!

John is an Internist, former healthcare CEO and is one of the foremost figures in the adoption of organizational excellence principles in healthcare. He founded Catalysis a nonprofit education institute in 2008. Catalysis has launched peer-to-peer learning networks, developed in-depth workshops, and created many products – including books, DVDs and webinars. Dr. Toussaint has written three books all of which have received the prestigious Shingo Research and Publication Award: 1) On the Mend 2) Potent Medicine 3) Management on the Mend. 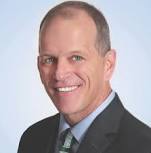 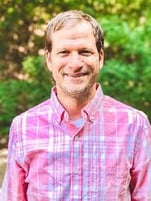 Greg graduated from Washington University in St Louis in 1997 with a BS in Biology. He attended Baylor College of Medicine from 1997 to 2001. From 2001 to 2004, he completed a residency in Emergency Medicine at Vanderbilt University Medical Center where he then stayed on as faculty. Greg is the Chief Executive Officer and a co-founder of KaiNexus. He is an ER doctor that is fanatical about the single biggest barrier holding companies back from greatness - their lack of continuous improvement work. It has taken him down the path of developing KaiNexus